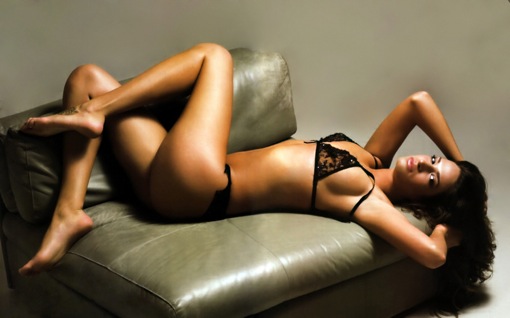 Eva Laskari would be the dictionary definition of "Greek Goddess." Plus she's not afraid to get naked in front of cameras, so she has that going for her too...

With the WSOP Europe wrapped, it’s time to catch up on some poker news from the past week.

:: Our favorite part-time poker player, Dancing with the Stars‘ Joanna Krupa, and one-time poker player dater Derek Hough, go second this week. Not sure if this is what she’ll look like, but either way, liking the brunette look. Anyway, Krupa did an interview with Fox News this morning and turns out her and Paris Hilton hate each other. Didn’t think it was possible for Krupa to get better. But there you go. [link]

:: More reality TV and more on this later, but Tiffany Michelle and Maria Ho made it through another week of The Amazing Race. [link]

:: Darvin Moon is getting all Dennis Phillipy, saying he doesn’t want the limelight, then going on ESPN’s Inside Deal and doing a Washington Post feature in a week. [link & link]

:: Full Tilt is getting sued so much, they should just start making cigarettes. [link]

:: The EPT London Main Event brought out 760 entrants. They’re in the money now with Annette Obrestad, a woman, among the chip leaders. link]

:: Occasional host of The TOKE, Dave Farra, made his MMA-ish debut of sort, kicking his radio co-hosts ass at the South Point. [link]

:: The murder of Poker Listings co-founder Andreas Oscarsson is now being investigated as a Mob style hit. Wtf. We thoughts Swedes were all nice, good-looking, morally casual types who just want to eat some ligonberry jam, have group sex, and dance to ABBA. Time to reassess. [link]