Home   Face the Ace Has Room for Improvement 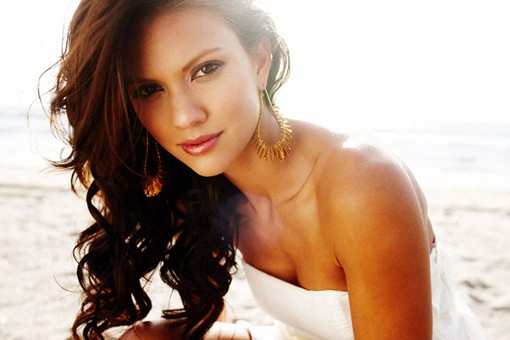 There seems to be a general consensus among industry-types and fans on what do to with Full Tilt Poker’s NBC’s Face the Ace. From what we’ve read and what we observed, here are our 9 Steps Towards Improving Face the AceTM:

2. Add more Ali Nejad or define his role. Or better yet, make him the main host of Face the Ace. And give him a high energy pro who can keep the conversation moving and has some opinions (Gavin Smith seems like a good fit).

3. Do more ESPN-like backstory features on the contestants. It would’ve been nice to have actually seen contestant Don Topel‘s living situation, or had him separately in a room talking about it with some pictures of it at least. Way better than Schirripa’s awkward comments and questioning.

4. Let the public know who the four pros are behind the doors. Build some suspense. Or show the pros backstage. Something.

6. Add more Deal or No Deal elements. Like bring some family in friends in the audience that help contestants make the money decisions. Again, build some freaking suspense.

7. More Megan Abrigo (above). Come on. Get on that. That’s an easy one. Complete and total no-brainer. A Megan Abrigo photo dump is coming later in the day, of course.

8. Also, when the contestant is making the money decision (with family and friends there to help build more suspense), let him/her actually see the money. Let the viewing public see the money (or at least bricks that look like it could be the money). Make it more tangible.

9. And finally, screen the damn contestants. No wonder half of the viewing public turned off their TV’s after the first 30 minutes (more on this below), the first guy was an absolute and total dud. Someone on 2+2 referred to him as a “freaking mope.” Referencing Deal or No Deal again, that program is the most simplistic game show ever created, but they pick great contestants who you can’t take your eyes off of even if you want to.

It was reported yesterday that Face the Ace had the lowest ratings of any primetime network show on Saturday night. And that it’s viewership dropped the second half hour. Like having Scott Lazar produce your movie, that’s never a good sign. The Travel Channel loved it back in the day that World Poker Tour broadcasts actually increased viewership and gained momentum towards the end of the show. That’s huge.

How much NBC actually cares is yet to be seen. It all depends on how much Full Tilt is paying for the program and if it’s less or more money than they’d be making with some lame-ass drama called The Pugilist or something.

From almost every measurable though, Face the Ace has plenty of room for improvement. We hope it happens, because the concept itself is great and could ultimately be Good for PokerTM and help our game find a broader audience.