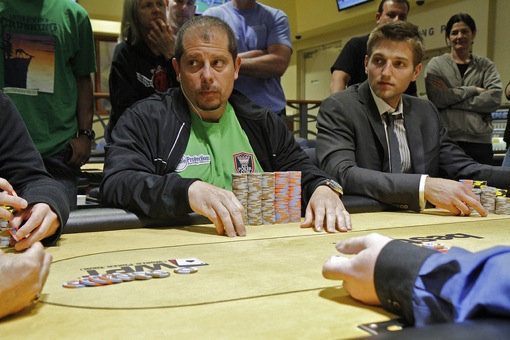 Will Failla and Tony Dunst headline what should be an entertaining final table.

The major storyline is if Will Failla can win his second WPT title of Season X. The last time a player won two WPT titles in the same season, you ask? That would be Season III (otherwise known as 2004) when Daniel Negreanu captured the Borgata Poker Open and Five Diamond Poker Classic.

With this final table appearance, Failla has moved back into the WPT POY lead. He’s stacked third overall with 1,535,000. Shawn Cunix is the overall chip leader, stacked at 2,785,000.