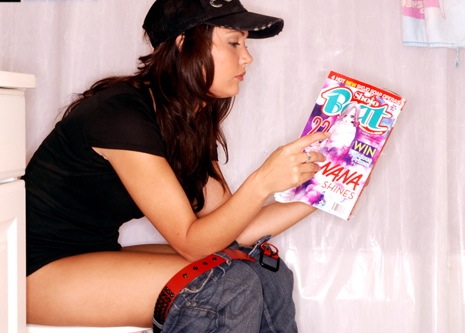 Faraz 'The-Toilet' Jaka (not pictured above) is looking to dump the rest of the final table and claim his first WPT title today.

Faraz ‘The-Toilet’ Jaka continued his dominance yesterday of the WPT Bellagio Cup V, increasing his chip lead as they played down to the TV final table.

Jaka, whose name we still wouldn’t want to see on a airline passenger manifesto, is stacked at 5,041,000. He’s followed by Justin ‘Boosted J’ Smith, who has continued his good run from the WSOP, with 2,992,000.

Interestingly or not interesting at all depending on how much you care about these types of things, Erik Seidel said in this interview that he thinks this is “the toughest final table the WPT’s ever had.” This one and this one might beg to differ, but whatever.

* Uh oh. We’re going there. Let’s hope he doesn’t “stink up” the joint at the final table.