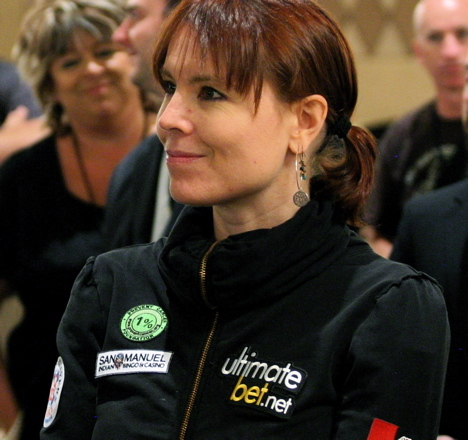 The Heartland Poker Tour has a new boss.

Federated Sports+Gaming announced the acquisition of the Heartland Poker Tour yesterday. While the announcement wasn’t terribly clear on how HPT will be integrated with the upstart league (other than possibly being a Pro-Am feeder), it’s still an important industry development, and another clear sign that FS+G is going to spend some cash.

However, like the Rolling Stones song “Mixed Emotions,” we have mixed emotions on this one.

On one hand, HPT is inarguably the most under-reported success story in the industry. The tour has consistently grown over the years, enjoying great brand loyalty among its customers. HPT actively competes with–and often beats–the WSOP Circuit for participation across middle-U.S.-American casinos. The tour has also expanded to massive domestic TV distribution. Simply put, it’s a great talent acquisition, as HPT co-founders Todd Anderson and Greg Lang are among the best in the industry at what they do.

But as a branding and business fit? It’s like fitting a square peg through a round hole.

FS+G was originally positioned as a “pro” league. However, most of its recent focus has been on the amateur ranks.

The company is failing miserably at filling tables for their Pro-Am satellites, despite seeing strong attendance across the street at the 2011 WSOP and from Venetian Deep Stack events. In fact, FS+G is frequently not being able to meet their 5-person minimum requirement to just hold a Pro-Am qualifier. Rumors abound that the Palms is none too happy about FS+G’s inability to drive foot traffic to these qualifiers.

So maybe HPT helps them reach more “amateurs.” But how much value does that really have? FS+G, at least originally, didn’t seem to have much stated intention to load their events with more regular Joe’s instead of pros.

FS+G also has been touting a “major” TV distribution partner, which everyone believes to be CBS (although recent rumors suggest it’s more likely to be the significantly less-household’d CBS Sports). When that relationship inevitably goes sour (poker productions on TV without PokerStars or Full Tilt ad dollars to support it just don’t have a chance), maybe FS+G can tap into HPT’s distribution reach.

Whatever the case, more likely than not, this acquisition was likely done for one major reason: positive EBITDA.

By all accounts, HPT is doing well. You can’t run a TV tour for as many years as they have and not have it translate into a profitable venture. Adding a valuable asset with positive EBITDA to FS+G’s arsenal should help in their future fund-raising efforts. It’s ultimately a very important cog in FS+G’s future plans.

At the end of the day, like that song from Asia, only time will tell.