Home   Five Predictions for the 2014 WSOP 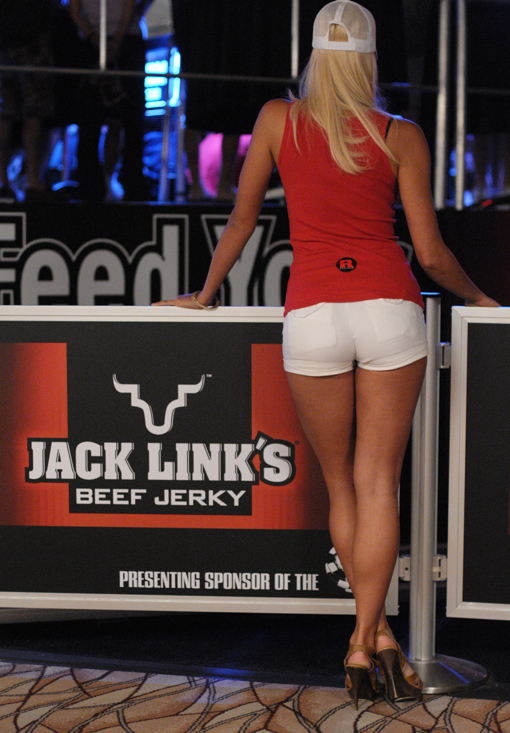 The WSOP is back!

Editor’s Note: Let’s start posting again! The following excerpt is from a WCP column in the June issue of BLUFF Magazine.

As we’ve written for years, we love love love us some World Series of Poker. Save for maybe a new tweak in the GPI formula*, the WSOP is still the single most important thing that happens in poker every year. It matters. It’s the only time stars are made. It still drives all of the eyeballs to all of the websites.

In a way, the WSOP is like the World Cup. Even fringe soccer fans pay attention to the World Cup every four years. That’s what happens with casual home-gamers and the WSOP.

Every year (more or less), we offer WSOP predictions. So with that in mind, here are our Five Predictions You Can Take to the Bank.

1. The WSOP Is Under-Attack…And It Won’t Matter. Wow, everyone is gunning after the WSOP’s business.

The Venetian made an odd brand association with the MSPT (who in turn, are oddly supporting an Adelson run entity–commies) to run events against the WSOP. WPT Regional teamed with the DSPT and are holding a $1M Guarantee at the Aria. The Hollywood Poker Open is having an event at the M. At this rate, we almost expect Epic Poker to rise out of the ashes and announce a $400,000 overlay event at the Palms. Boy that would be ridiculous. Wait, they already did that? Three times? And they went out of business??? How?!!!

This all feels very American Idol–Voice-ish. There’s little creativity here. You see something that works and makes money—you copy it and go after it. We’re not saying it’s wrong, but it also underlines our point about how the WSOP matters.

Now, will all of this increased competition matter to the WSOP’s bottomline?

At the end of the day, nobody gives a crap about winning a WPT Regional-DSPT whatever they give away versus owning the immortality of a WSOP bracelet. These Voice/Duet tour events won’t drag from the WSOP bracelet event attendance.

We do see this potentially harming the WSOP side events though. It’ll be interesting to see if, or how, the WSOP strikes back next year.

We think this is a year off of the whole women winning bracelets thing. We hope we’re wrong, because it’s simply awesome for the game. But we’re seldom wrong.

3. We’ll Get a Marquee Main Event Final Table. Let’s face it, it’s increasingly difficult for the Main Event final table to be infiltrated by an amateur. That’s a shame, because it is the Chris Moneymakers, Steve Dannenmanns, two-time champ Dennis Phillipseses, Jay Farbers and Darvin Moons that have made the Main Event so compelling over the years. However, there are just too many solid pros now. The paradigm shifted. In 2006 or 2007, there were too many amateur minefields for pros to avoid on their collective march to the final table. Now? There are too many great players for an amateur to luck out against to even sniff the final table.

With that in mind, it feels like the WSOP is in position to have a really star-studded final table. The odds are in its favor.

4. The Dealer’s Choice Event Will Be Awesome and a Nightmare. We’re all for WSOP Event #41: the Dealers Choice tournament.

It’s different and gimmicky and will get some buzz.

It also has nightmare potential written all over it.

The WSOP hires the best dealers in the business, but with the wide variance of games being allowed in this event, the possibility for error is high.

And, as you know, poker players are the bitchiest group of people in the world. We’re going to stay off Twitter altogether from June 19th – 21st.

Having said that, we expect that in the end the event will be a big success and make for a strategically awesome final table. Sometimes the end justifies the means, and this is one of those times.

5. The Main Event Will Break Post-UIGEA Records: If there’s one thing self-appointed WSOP commish Ty Stewart “gets” is that gimmicks and marketing are important. For proof, look no further than last year’s Millionaire Maker event, which was a huge success.

This year, the Main Event is doing something we’ve argued they should do for years: they’re giving the news media a guaranteed great headline and making the first place purse splashy and sexy.

The winner of the 2014 Main Event will win no less than ten million dollars.

* That, our friends, is what you call sarcasm.