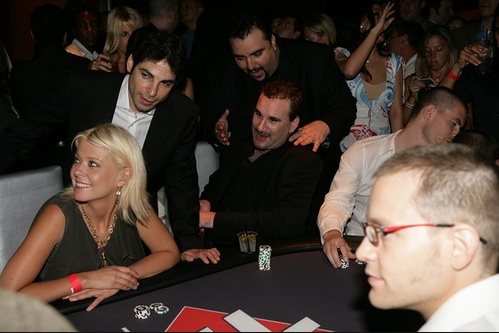 Hey Mikey, if you want us to keep paying you too, quit ripping us on QuadJacks and STFU already...

Lumping a few small Full Tilt Poker posts into one medium sized write-up on this one.

We’re hearing from multiple sources that the aforementioned Full Tilt Poker has (finally) laid off some of their U.S.-based employees.

Giving credit where it’s due, although these layoffs should’ve happened around 1pm PT on April 15th, our sources say that Tilt is paying in full all laid off employees for time served from April through now.

One employee who amazingly still has a job is Federally indicted CEO Ray Bitar. We had previously reported a rumor (that we cited we needed a second source on, which we never got) that Bitar was voted out of his position. This story, sadly, ruined his day. We’ve since heard that Howard Lederer at least played a part in blocking Bitar’s ouster. By all accounts, Lederer is fiercely loyal to Bitar, and in general, loyalty (as evidenced by Tilt paying their U.S.-based employees) is paramount over all at Tilt.

Finally, Full Tilt managed to pay the approximate $450,000 owed to the Alderney Gambling Control Commission (AGCC). This opens the door for getting their gaming license reinstated.