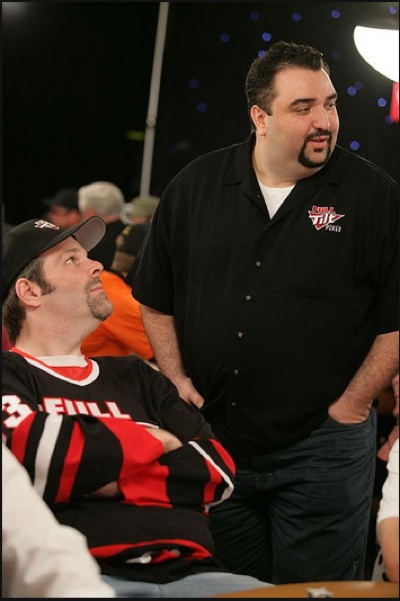 We fucked this up pretty good, huh buddy?

The company issued an exclusive statement to Poker News today updating the general poker public on the state of their negotiations. Here’s the release (in two parts) with our analysis:

On August 16, Irish based Pocket Kings Ltd., brand executor for the Full Tilt Poker moniker, concluded the exclusivity period of negotiations with their current potential investor.

While Pocket Kings Ltd. plans to continue discussions with its current investor, the company has now begun negotiations with additional potential investors to conclude the sale/partnership of the Full Tilt Poker brand and its assets.

Our initial take was that this could just be a power play by the company to pressure Ivey’s White KnightTM into a deal. However, as we wrote earlier today, one of the major hang-ups on the Ivey White Knight deal was the aforementioned White Knight’s negotiations with the DoJ. The DoJ wants more than the White Knight either can or is willing to deliver. So that’s not it.

Instead, we see this for what it is: Tilt is negotiating what’s left of the company with some likely eager vultures ready to pick the bones of a very depressed asset.

And unfortunately, with the mass layoffs and defections and brain drains and lack of a gaming license, that asset is only getting more depressed by the day. Regardless, the platform/software and user base still has value. People we respect in the B2B sector of the industry place the value of the value of those assets around $100-150M, to possibly as high as $200M. Soooo yeah…only a few hundred million more to go…

The second part of the release is long overdue:

Full Tilt Poker apologizes for its lack of communication with its customers over the last month and a half, but it has been grappling with unexpected and complex legal and financial issues arising from Black Friday and its aftermath. In addition, the company has had to be circumspect about disclosing the progress of negotiations with potential investors because there is often a requirement of strict confidentiality.

To the extent that it can do so without jeopardizing future opportunities, Full Tilt Poker will strive to have better communication with its customers going forward. Full Tilt Poker’s number one priority remains the same: to secure an infusion of capital to repay all of its worldwide customers.

We are not ones who are wishing or wanting Full Tilt’s demise. Yes, Ray Bitar needs to go (along with its major shareholders who stood in the way of the first Ivey White Knight deal), but Tilt going under would be horrible for the industry on many levels. So all we can say is we hope that Tilt fulfills this promise, finds a buyer, and pays back its customers.

We’re just not holding our breaths.