Home   Full Tilt Poker Ready for Relaunch: What They Should Do 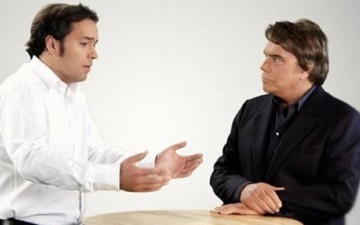 Sacrebleu! Now that we've almost relaunched Tilt, what should we do?!

With Full Tilt Poker gearing up for relaunch (read more about it on Insider here), let’s take a look at what Groupe Bernard Tapie should do to win consumer confidence and recapture market share.

1. “We’re the New Full Tilt, Here’s Our Mission” – It’s media blitz time. For New Tilt to have any chance at recapturing their market share and retaining its customers with stuck player balances, they need to come out blasting with a clear break from the past and concisely stated roadmap for the future.

This means apologizing for Tilt’s past (even though it wasn’t their doing), stating the problems that plagued the company will not be tolerated under the new regime, and expressing the willingness to do everything they can to win the public’s trust back.

A major component of that message is, “Your balances are safe with us.” At the end of the day, all past and future customers really want to know is whether or not a) they’re getting their money back and, b) that their money is safe moving forward. So New Tilt needs to map out the processes put in place–from covering all prior player balances to working with the AGCC in segregating funds–to accomplish this. This messaging needs to be at the forefront of any communication–among the first words the public sees from new management.

2. Publicly Fire Ray Bitar and Poach Top Executive Talent – We have no doubt that Bitar has provided GBT with some beneficial insight into the operations of running an online poker site . However, the man is indicted by the U.S. government and has zero credibility within the poker community. Bitar doesn’t need to be publicly humiliated by New Tilt, but a statement/press release like this would go a long way,

“As the acquisition of Full Tilt Poker is now complete, Groupe Bernard Tapie has decided to release Ray Bitar [and Gil Coronado and any other old regime executive] from their positions within the company. While Mr. Bitar has been instrumental in assisting GBT in completing the Full Tilt Poker acquisition, we believe it’s time for the company to go in a new direction with new management and ideas. We thank Mr. Bitar for his efforts and wish him the best.”

The follow-up to this is New Tilt needs to bring in seasoned, experienced C-level talent. While we’re all about figuring out ways to run start-up companies efficiently (it’s called the Anti-Epic Strategy), here’s one area where you’re going to have to spend a little more. Call it the Full Tilt Toxic Tax. There’s no way around it, New Tilt will have to “pay a premium” for top C-level talent based on the company’s past, but it’ll be money well spent.

Of course, some of that salary could be supplemented with a really attractive stock package (more on this later), which would pay off huge dividends if New Tilt ends up thriving.

3. Destroy the Cloak of Secrecy, Give the Company a Face – A follow-up to the above follow-up–the new CEO role should become a very public face for the company. For New Tilt to gain the public’s trust back, there needs to be a consumer (and industry) connection to more than just the pros–but to the leadership itself. We don’t think Laurent Tapie is that guy either. Needs to be the CEO, who needs to come from another operator with a sterling rep. Keep this guy/girl front-and-center. Keep him/her active. Give him/her a weekly blog or vlog. Give him/her the opportunity to be trusted, and New Tilt will eventually regain that trust too.

4. Build Around A New Stable of Pros…But Stay On Point With Marketing Strategy – One thing that PokerStars and Full Tilt (and UB for that matter) has taught us all is that sponsored pros (or the right sponsored pros) do help acquire customers. While New Tilt shouldn’t bring back the ridiculous 200+ pros that Old Tilt had on board, it absolutely should explore the top global names and geo-targeted pros. The company needs as many likable, look-up-to-able, or relatable personalities as possible. Unlike how they managed their pros in the past–New Tilt needs to make these pros work for their money. These pros should make a number of appearances, glad-hand, get out there.

Another part of this process, of course, is expunging all of the high-profile pros associated with the old site, especially any U.S.-based talent. International A-listers like Gus Hansen and Patrik Antonius have survived the scandal mostly unscathed, and should be looked at as faces for New Tilt. Outside of that, New Tilt should have the urge to purge and target some younger, fresher faces located in prime growth regions. Build around these guys/girls, and keep the stable around a more manageable 15-20 players.

We’d then leverage that talent by expanding the Full Tilt Poker Academy. While online poker training in the U.S. is practically dead, there is still plenty of room for growth in Europe, South America, and Asia. So use training with the pros as a primary means for customer acquisition and retention. Old Tilt had a lot of success around the “Learn, Chat, Play with the Pros” strategy–it’s something they owned that no one else has swooped in and captured. It’s a good strategy. Re-engage and milk it.

Lastly, PokerStars has had some success in bringing on the athlete/celebrity endorser. While this doesn’t necessarily “synergize” with the pro-centric strategy, what it does do is potentially introduce New Tilt to a fan base that might be mostly unaware of the company’s past failings.

We had heard rumblings that GBT may only honor European bankrolls and leave the U.S. high-and-dry (or more accurately, at the mercy of the DoJ).

However, if New Tilt ever wants to reenter the U.S. market, which from what our sources have told us would currently be a real option down the road AND is something GBT wants to do, then a prompt and efficient system to pay back U.S. players is a must. No excuses on this, no slow-rolling. Come out of pocket and get it done.

6. Scale Back ISPT – GBT’s plans to launch the International Stadium Poker Tour are legit. However, the ISPT has “logistical nightmare” written all over it, at least at its current scale.

Outfitting a stadium (like Wembley) with bandwidth capacity and general security for 30,000+ people? Good luck with that. Asking for trouble and issues.

A sure-fire way to lose any goodwill gained by relaunching a successful, public-facing, customer-friendly New Tilt is executing a high-publicity failure. The first signs of trouble and you’ll have Twitter exploding about what a nightmare the event is. It’ll become a lead story and reinforce, fairly or not, that the same type of knuckleheads that managed Tilt in the past are in charge again.

So GBT should look at baby-stepping ISPT. Start small, make it successful, build it a little bigger, and let technology eventually catch-up with the vision. Wouldn’t you rather run a wildly successful event with a couple thousand people instead of a potentially epic flop with 30,000?

7. Go Go IPO – We imagine an Initial Public Offering is absolutely part of GBT’s master plan. And the reality is, it’s one of the best things the company could do for itself.

First, once public, New Tilt will have no choice but to operate with full transparency. It will have no choice but to abide by the same rules that respected organizations like bwin.party operate under. An IPO provides GBT with the liquidity event to make their investment in Tilt pay off– and provides the public with assurances that the company is operating on the up-and-up.

Given Tapie’s reputation in France (particularly owning a soccer club and fixing games), the sooner this step happens, the better for all.

Listen, people are going to continue playing on Full Tilt once it relaunches no matter what. Look no further than the UB super-user scandal: not only did the super-user scandal not sink UB, the site actually grew in numbers.

While Old Tilt’s tribulations have been more public (and we’d argue more egregious), and while there will be some customer attrition, the site can recovery.

But by how much, and how fast, is the question. There are obviously plenty more steps–small and large–that GBT/New Tilt must do to regain trust and grow. It’ll be a grind with no short-cuts. Whether they can pull it off, well, you know.