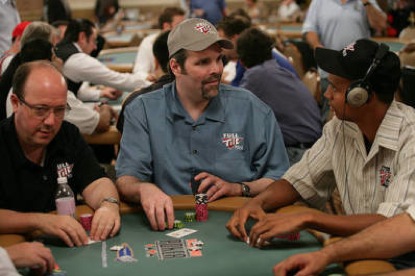 Remember that time we operated the second largest poker room in the world? That was cool.

André Wilsenach, executive director of the AGCC, said in a statement:

“I am pleased that the FTP hearing will continue as scheduled, as was argued on my behalf. However, I am disappointed with the tribunal’s decision that, notwithstanding my arguments to the contrary, the hearing will be held in private.

“I believe the public has a right to know the reasoning behind the decisions to suspend FTP’s licences and call a hearing, and to hear the evidence that will be put forward on my behalf.”

Ultimately, none of this may matter. We’ve basically reached the 7th stage of grief with Tilt, so this AGCC hearing regarding the company’s suspended license seems more procedural than anything. Tilt has a Chicxulub-sized crater to climb out of, and while they claim to be in negotiations with investors, every day the company goes without a license and revenue (78 days and counting) the less likely, in our opinion, they’ll be able to keep their valuable employees, find an investor/buyer, and pay back their customers.

The other potential issue Tilt may face–which is common in situations like this– is the internal implosion of the management group/shareholders. Don’t be surprised to see finger-pointing lead to potential lawsuits, which will sink the value of the company even further (Phil Ivey jump-started this process already, but withdrew his case).

For the sake of the poker community, we’d like to be wrong. We just have to be realists.