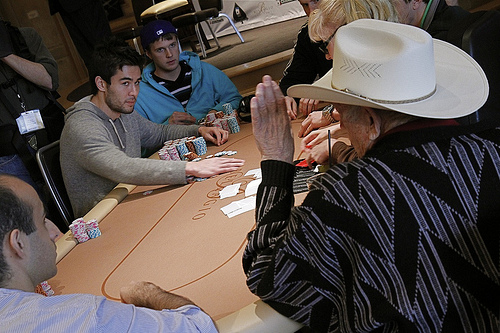 It’s been a helluva year for Galen Hall.

Now Hall finds himself as chip leader with 15 remaining for the 2011 WPT Championship.

* Only hates really old people who have that old person smell.