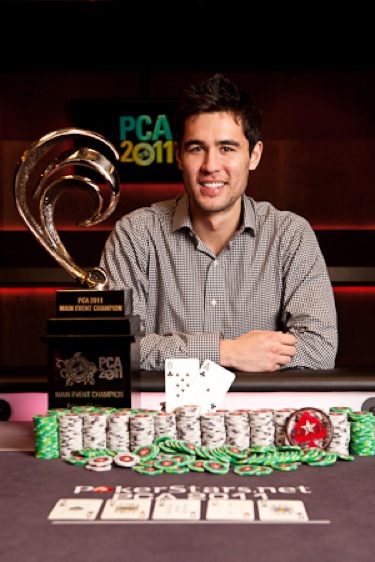 It all started with one sick laydown.

Galen Hall was massively outstacked against Chris Oliver when heads-up play began at the 2011 PCA Main Event final table. On one of the first heads-up hands, Galen rivered a straight. Unfortunately for him, the river made a boat for Oliver. Sensing a chance to end the tournament, Oliver check-raised Hall all-in. Hall went into the tank. He eventually folded, making one of the most impressive laydowns we’ve seen in heads-up poker.

From that point on, Oliver got increasingly frustrated. The momentum shifted, and Hall carried it all the way to an eventual 2011 PCA Main Event title.

Look for our commentary on what worked and what didn’t on the live-ish final table broadcast later today.

* Photo courtesy of the PokerStars Blog.