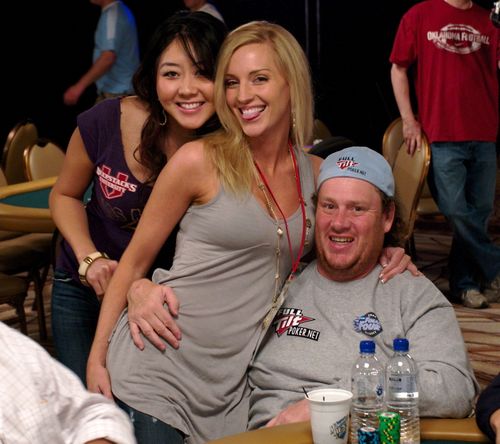 Ever since racking up a title along with 3 final tables and Player of the Year honors back in season 4 of the World Poker Tour, Gavin Smith has been one of the players most people put on their short list of Best Without a BraceletTM at the World Series of Poker. Since then though he’s only come close once, with a runner up finish at the 2007 WSOP in a $1500 PLH event. So yesterday when Smith, who’s undoubtedly one of the most liked guys on the circuit, entered the final table of the $2,500 Mixed Hold’em event as one of the chipleaders, players and fans alike were hoping this would finally be it, that he’d finally pull through.

But would he pull through?

The suspense is killing you isn’t it? That is, unless you already read the headline above and you heard about his win on Twitter 11 hours ago and have already read about it on every other poker news site by now.

And you actually watched his win live on ESPN3.com and saw his emotional interview afterwards when he got choked up before thanking E-Dog.

Or you’ve since watched the replay of it here.

But just in case you didn’t and for some reason this is the first sentence you’ve read in this post, Gavin Smith finally captured his first WSOP bracelet last night by taking down Event No. 44 ($2,500 Mixed Hold’em – Limit/No Limit).

Smith defeated Danny Hannawa heads up for the title, earning $268,238 along with the bracelet. Hannawa takes home $166,005 for his biggest tournament score to date. Notably, King of the WSOP Circuit events, Dwyte Pilgrim, finished 8th to pocket $27,438.

For a complete recap of Smith’s win, click here.