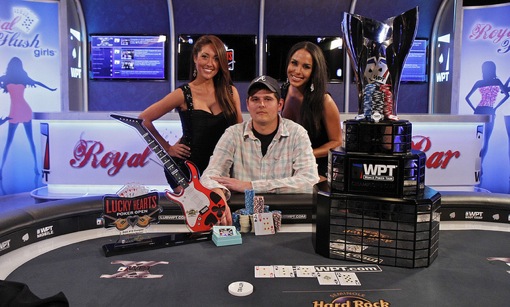 Gigi Gagne is not in this picture.

So close…yet…dare we say…so far?

But this one was closer than most.

Gigi Gagne, a woman, held the chip lead entering the WPT Lucky Hearts final table, and even made it to heads-up play. But unlike Wilson Phillips, she couldn’t hold on till the end, bowing out in second for $158,194.

Gagne lost to Matt Juttelstad, who banks $268,444 and his first WPT title.

It’s not all bad news for Gagne though, as she’s now off to Vienna to get married to a man she just met a week ago. Not making that up.