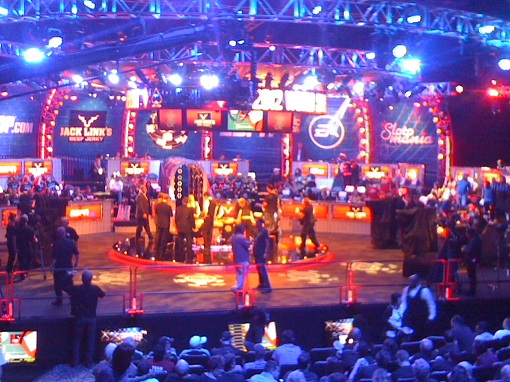 The final table played out as expected on Monday. Will Merson finish it off?

And then there were three.

The 2012 WSOP Main Event final table out the way many people expected on Monday night. Most pro’s pros expected Greg Merson to chip up and take the lead. He did, ending play as the big stack with 88,350,000.

The chip leader at the start of play, Jesse Sylvia, avoided any Phillip Hilm-ish disasters and built his stack to 62,750,000.

With that out of the way, here are the 12 STORYLINES WE’RE WATCHING FOR TONIGHT:

And that’s it for now. Final table is on ESPN prime time again tonight.