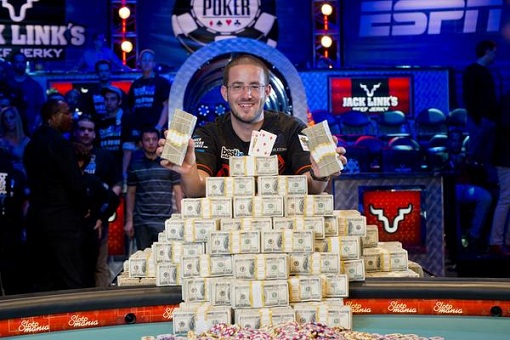 So does this count as the first “pro” to win the Main Event in poker’s modern era?

The win also secures 2012 WSOP Player of the Year honors for Merson. Phil Hellmuth had the lead, and Merson could only take it over by winning the Main Event.

Additionally, Merson’s win keeps the streak of 497 consecutive years going that someone has won two bracelets during the WSOP. Merson won over a milli in the No Limit Hold’em Six Max event just prior to the Main Event.

Get a full recap of the event here.