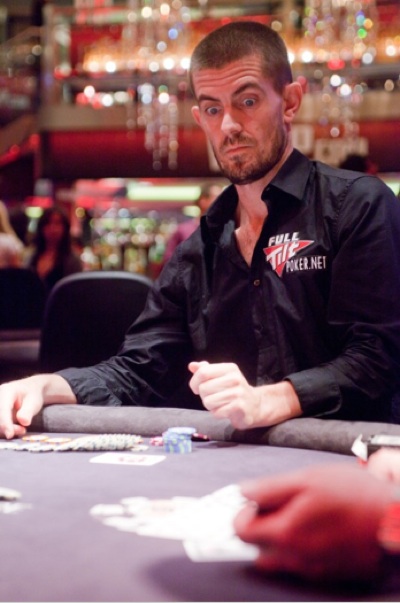 After dismissing Phil Ivey by hitting a luckbox set on the turn in the round of 16, Gus Hansen cruised his way into the final four of 2010 WSOP Europe Event #4 (£10,350 No-Limit Hold’em High Rollers Heads-Up).

A win would produce Hansen’s first WSOP bracelet and get him about 5% unstuck from his Tilt online cash game losses. Gus currently leads Andrew Feldman in their semi-final match.

In related news, the WSOP-E Main Event is underway. Still early-ish in play, but follow the action here and look for Phil Hellmuth’s entrance video later in the day.

UPDATE: Hansen won his match with Andrew Feldman and will soon play the finals for his first bracelet.