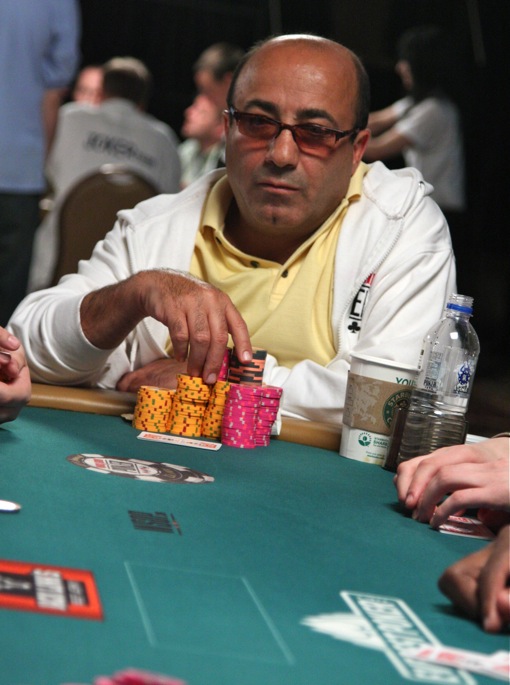 If Freddy Deeb wins his third WPT title to go along with his WSOP $50k H.O.R.S.E. bracelet , do we have to start considering him one of the best players in the world?

Deeb won the 2005 WPT Arubu title and the Celebrity Invitational earlier this year. He will start the day with 3,840,000 in chips. Deeb is closely followed by Shawn Cunix with 3,670,000. Cunix has about a half mil in career tourney earnings and may or may not be the King of Customer Service according to these user/ex-employee reviews (and assuming it’s the same guy…).