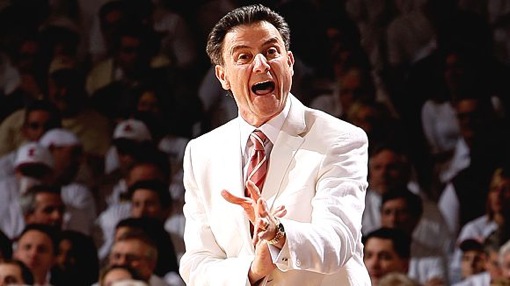 Rick Pitino wishes he had the longevity of the Durrrr Challenge.

On February 18, 2009, the Durrrr Challenge officially kicked off.

For some of our newer readers or those who don’t really follow what’s happening online, here are the basics: Tom ‘durrrr’ Dwan issued an open challenge to any member of the poker community (except for his good friend Phil “OMGClayAiken” Galfond). The challenge requires you to play durrrr in 50,000 hands of $200/$400 or higher on four tables at a time. After 50,000 hands, if durrrr is ahead by $1 or more, you pay him $500,000. If you are ahead by $1 or more, durrrr pays you $1.5 million. Of course, the winner also keeps whatever money he won over the course of the 50,000 hands.

The first to step up to the challenge was Patrik Antonius. Durrrr and Patrik just wrapped another session a couple of days ago. A total of 39,436 hands have been played now, and durrrr has a massive $2,059,719 lead.

With 10,500ish hands to go, it could be awhile before this thing wraps and durrrr takes on his next opponent (Brian Townsend? Jungleman12?). So with that in mind, here are a list of things that have happened in the world since durrrr announced he’d play Patrik Antonius:

Add to the list in the comments section, please. Have at it.