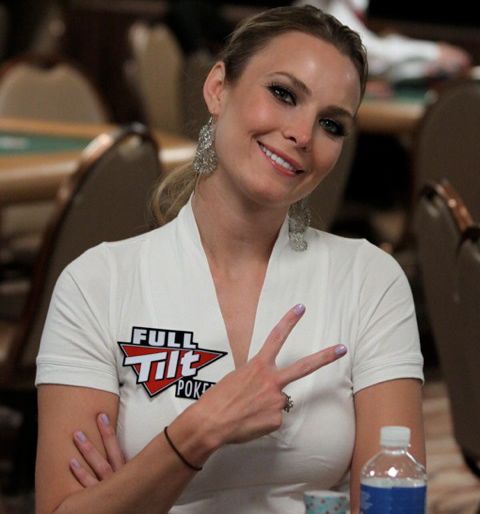 Sites like Full Tilt Poker would be sitting pretty if only everyone could get their collective act together in communicating the benefits of the Reid Bill(TM).

As an industry, we’re at the moment we’ve been waiting for since late 2006: Senator Harry Reid (D-NV) is committed to pushing through legislation that will regulate online poker in the United States (he even finally issued a statement confirming as much).

It’s been a fluid situation the past week and each day seems to have multiple “yes it’s happenings” and “no it’s nots.” While all signs throughout the day Thursday pointed to the “no it’s nots,” it certainly is getting close. But with the Democrats not being able to get their collective act together on the tax bill, online poker is a difficult attachment to make, and chances of a lame-duck push through are fizzling fast.

As with almost everything in politics, public perception does matter and controlling the message matters more. The overall deafening silence from the AGA (and to a lesser degree, Caesars Entertainment, who publicly can’t comment for many reasons, one of which is that they’re helping write the bill), and lack of a cohesive, consistent, and aggressive message from the PPA has created a communications void that is mostly being filled by the opposition. By failing to publicly frame the debate in the mass media as to why online poker should happen, passing the Reid BillTM ends up being that much more difficult, especially after January 1st when the Republicans gain control of the House and seats in the Senate.

With this in mind, we’d shape the argument around the following points (expanded on further after the jump):

Here’s a deeper look into the above talking points, as well as some things many in the so-called “media” are missing about the Reid Bill.

:: The Reid Bill creates tax revenue and jobs – This Peter Roff US News article sums up one prevailing opinion in mainstream media: why is Harry Reid focusing on regulating online poker when there are more important issues out there? It also slams him for being “politically driven” in pushing for the bill. It’s truly a ridiculous argument. But one that, for whatever reason, isn’t getting much resistance in the mainstream press. If we were responsible for shaping public messaging on the Reid Bill, here would be some basic talking points about why this is an issue that should be at the forefront:

The overwhelming message: if you’re against the Reid Bill, you’re against repatriating money, generating Federal tax revenue and creating jobs in the U.S. Hammer it home.

:: The opposition is just protecting ITS interests – Let’s say we concede the fact that Reid’s support of online poker is politically driven (while it’s a great piece of legislation for the economy, we’re fooling ourselves in thinking it’s not a payback to brick & mortar casinos for getting him re-elected). If that’s the case, then isn’t opposition to the bill politically driven as well? Some who oppose the Reid bill may oppose it because they have many small land-based casinos (like in, say, Alabama) who believe they will lose business if people can play poker online (despite all evidence to the contrary with the Vegas card room boom). Again, it’s an education process for the public. Reid may be promoting his local interest pushing the bill, but the opposition is often just promoting the interest of their constituency as well. In a more coordinated issues-based campaign, the following would be noted in all messaging:

Then there is the curious case of Senator Jon Kyl (R-AZ), who one Nevada House rep on Thursday said, “has a manic obsession with Internet gaming that is both not based on fact and is foolish.” Why he won’t drop his opposition for online poker is a mystery, but an even bigger mystery is why there is no concerted effort by the lobby groups and parties interested in getting the Reid Bill passed to call him out consistently for being so out-of-touch and, essentially, against Federal tax revenue and creating U.S. jobs.

:: Debunking the moral argument – The opposition to regulated online poker makes moral claims over and over again. They treat online poker as a gateway drug for kids, inevitably leading to bankrupt lives and gambling additions. They say it’s about protecting the children. But they have it wrong. In shaping favorable public perception of the Reid Bill by debunking the moral argument, we’d point out:

Bottomline: by not regulating online poker in the U.S., you are creating a less safe environment for both kids and adults.

:: The Reid Bill is actually GOOD for current sites operating in the U.S – One final point that many are missing in this debate: PokerStars & Full Tilt (and the other sites) are mostly OK with this bill if they are frozen out for a period of time. There are both short-term and long-term benefits to a freeze-out. Why? If they pull out of the U.S., current site operators could then realize a “liquidation event.”

Sites that currently operate in the U.S. cannot go public (IPO) in Europe because they’d have to disclose all of the ownership information and be totally transparent. For the founders of these companies, getting dividend payments as currently structured is great, but the huge money doesn’t come until they go public. IPOs can be a cash windfall. So, hypothetically, Stars or Tilt could IPO, go legit, see enormous short-term wealth, then either try to apply for a license after a “penalty box” period, or sit on their mountains of money and not worry about it.

So what’s next? If the Reid Bill is not attached to tax cut extensions or another lame-duck initiative, it could be another long grind towards regulation. But all is not lost. To paraphrase a Jerry Seinfeld analogy about breaking up, if you’re trying to tip a vending machine over, you never do it on the first push. You get momentum, then rock it some more, and then some more, and eventually you’ll tip it over. It started not too long ago with Rep. Barney Frank’s HR 2267. In a relatively short amount of time, we’re already to a point where Sen. Reid is thisclose to pushing online poker regulation into law.

Of course, there is the issue of political make-up of Congress over the next two years. With a Republican take-over of the House and stronger presence in the Senate, it won’t be as easy to push regulation through as it would’ve been just a few months ago.

But with New Jersey, then California, then likely Nevada passing intrastate online poker bills (it’s happening, and in that order), the Federal government might not have any other choice but to reexamine the issue.

And when the issue does come to the public forefront again, hopefully the talking points and message will be clear, concise and crystallized so the opposition doesn’t get to frame the debate. If the online poker industry and interests get it right next time, regulation will happen, and we’ll all benefit in the long run.