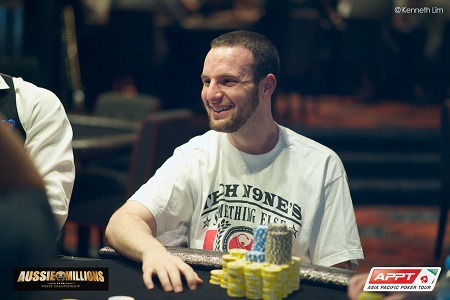 This guy leads the Main Event.

Maybe it’s because of PokerStars‘ affiliation with the Aussie Millions now, or The Poker EconomyTM being on the uptick, or because Daniel Negreanu and Sir Isaac Haxton each fired FIVE bullets apiece, but there have been 62 total entries (over 40 unique) so far in the $100,000 Challenge. Registration is still open until the start of Day 2, so speculation has the total entries hitting around 70 which would be a math math math $7M AUD prize pool.

Get a full rundown here.