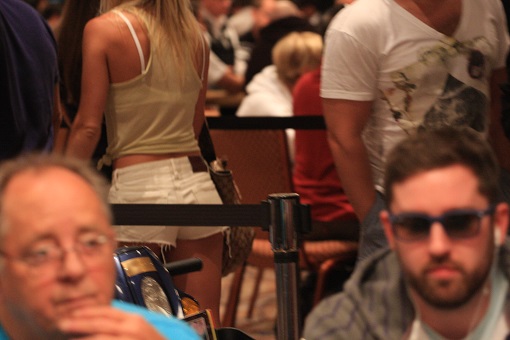 Nick Phillips (foreground right) has had an up and down day stacked at hey that’s Ass Girl 3!

For sheer buzz, it’ll be hard to replicate what happened the day Gluten Free Charles snapped pics of the original Ass Girl.

It started with Gavin Smith running down the hallway outside the Amazon Room pointing out someone who would later be known (as of right now) as Ass Girl 3. However, no pics were taken.

Dejected, we walked into the Brasilia Room, where we immediately encountered Jay ‘Who Jedi’ Newnum. “Hey,” Jay said, “I took these Girl on the Rail shots you’ll probably like.”

Suffice to say, Jay came through in the clutch like his name was Kyrie Irving.