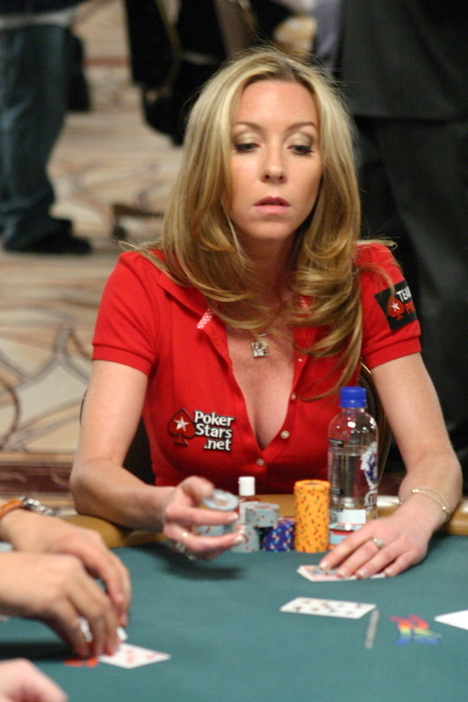 Isabelle Mercier busted on the poker scene at the 2004 WPT Ladies Event and then again in 2008 with a fantastic new rack.

Isabelle Mercier, a woman, has left Team PokerStars, deciding not to renew her sponsorship deal.

She told Poker Listings in an email that she “currently has extensive projects, both nationally and internationally, in the world of poker,” and, “is not about to give up her life’s passion.” Read the full story here.

Mercier, who is best known for showing up to the 2008 WSOP with a killer new rack and then making out with Dario Minieri at a party at the Palms later that week, has amassed over $1M in career tournament earnings.

While Mercier’s reason for departing from the poker limelight seems very vague, maybe she’s just pulling a Paul Phillips and getting out while she’s ahead. If so, she’d be approximately the second person in poker to ever do that.