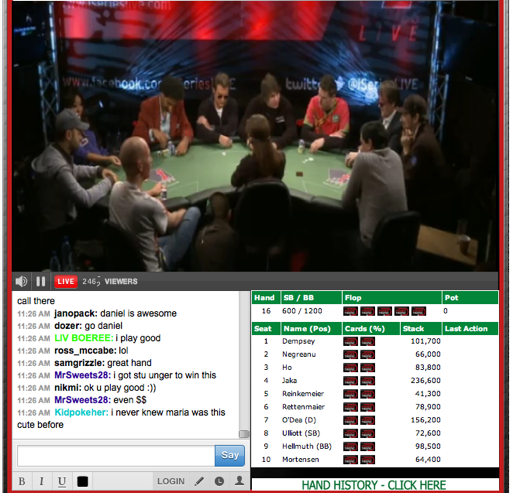 For our degenerate international readers, iSeriesLIVE is underway.

Early action has the consensus “value pick” of Faraz Jaka holding a big chip lead. Carlos Mortensen was and early short stack, but as of post-timeTM, has climbed back up.

UPDATE: James Dempsey, who was the universal “value pick” at 9/1 when betting lines first opened, captured the title, earning 100k.