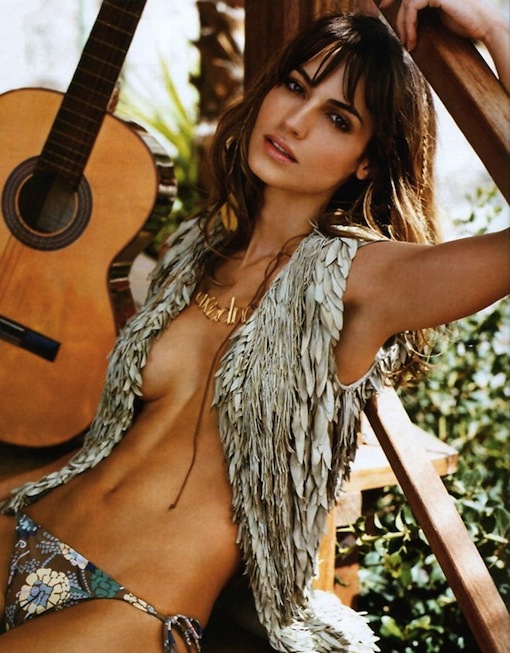 Spanish model Ariadne Artiles did not promise to get naked if Spain won the World Cup (like Larisa Riquelme did for Paraguay), but she definitely should do it anyway

As you can tell, once the U.S. of A. was eliminated from the 2010 World Cup, our interest in posting updates waned, and snapping shots of 2010 WSOP Girl on the Rail took over. Not our interest in the remaining world cup matches, mind you, just any interest in writing about teams not consisting of Landon Donovan or Clint Dempsey. While Spain winning overall did make us a few dollars thanks to a hedge bet, the red and yellow is just not the red, white and blue.

However, for reader ‘jahs34′, the triumph of La Roja meant not only a victory for fellow Spanish-speakers (an assumption based on the last name Hernandez) but also a triumph in something so much more important than all of that, the top spot in the Wicked Chops 2010 (WSOP) World Cup Fantasy Bracket.

Just barely edging out second-place’s ‘Txakata’ – thanks to a one-point lead coming out of the group stage – ‘jahs’ correctly picked 5 out of 8 quarterfinal teams, 3 out of 4 for the semifinal and nailed the final match-up and eventual champion. Here’s the full prize-winning leaderboard:

Boring, boring, boring… now on to the prizes. The theory here is that the winner will get their pick from the below prize list with second place picking from what’s left after that, etc…, etc… Here’s the list:

And still… fuck you France.