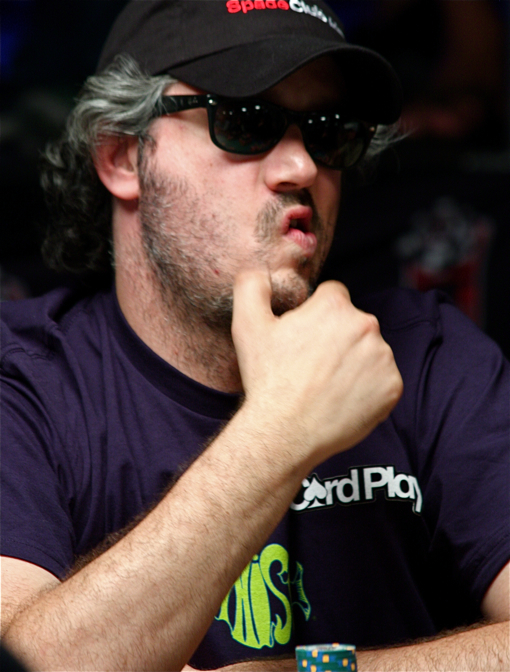 CardPlayer editor Jeff Shulman, 34, plans to throw the WSOP Main Event bracelet “in the garbage” if he makes and wins the November NineTM final table.

We had been hearing from multiple sources for days that Shulman is saying that if he were to win the 2009 WSOP Main Event, he’d renounce the bracelet as he believes that Harrah‘s has treated his magazine unfairly in recent years. We just asked Shulman on the first break if this was true, to which he replied, “If by renounce it you mean throw it in the garbage, then yes.”

Shulman reportedly believes the selling of WSOP media rights is unfair and that the coverage now is unacceptable. Coming from CardPlayer, which is a great read if you care about how to bet the turn in PLO cash games but whose WSOP tournament coverage left us with this, this, this, this, this, this, and this (and actually just go here to read a bunch more), it’s an interesting argument. Of course, parents always think their kids are smarter and cuter than they really are, we get that, but this is ridiculous.

We’re all about the righteous “Eff You,” and we understand why Shulman would feel scorned. But if you truly care about the game of poker, why would you possibly do this? What good does this do for the game, or bringing more people to it? And if you’re the Editor of one of the two major poker publications, isn’t one of your goals to bring more people to the game?

If Shulman does make the N9, which is a distinct possibility as he currently sits fifth overall with 12M in chips, it’ll be interesting to see if he maintains this stance or if he actually changes his mind, realizing he should act in the best interest of the game and not for just his magazine.

All images on this site, including the one above, are the exclusive copyright of Wicked Chops Poker, unless otherwise stated. If you rip, give a link.