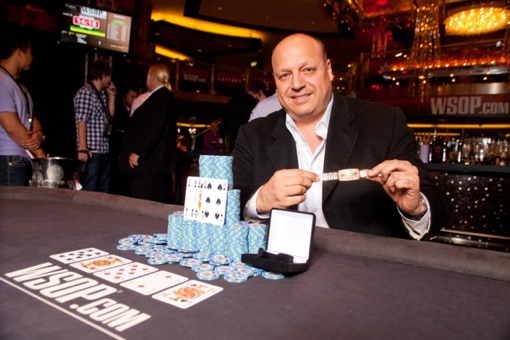 Jeffrey Lisandro has won five WSOP bracelets since 2007, more than anyone else.

For the aforementioned win, Lisandro banks £159,000 and his fifth WSOP bracelet. Guy is good. Get a full tourney recap here.