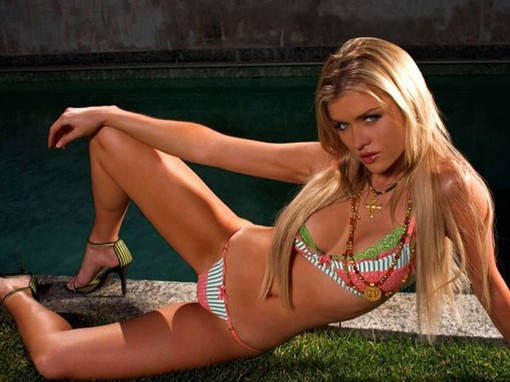 Joanna, skimpy outfits worked for Shannon Elizabeth when she was on Dancing With The Stars, so we suggest the above look for Venetian Waltz week.

You can see it unfolding before your eyes already.

And we’re pretty sure many of you aren’t going to like it. Although it gives us a weekly excuse to post Joanna Krupa pictures.

But yeah, the Joanna Krupa Dancing With The Stars posts are coming. Like a Phil Hellmuth blow-up, it’s inevitable.

Speaking of Hellmuth, guess he wasn’t encouraged by his test dance results with Karina Smirnoff and decided against being on this season?

Bodog released odds on one-time WSOP Main Event entrant Krupa and the rest of the cast. Douchebag Aaron Carter leads the way at 3/1. Krupa is middle-of-the-packish at 15/2.

View/bet on Dancing With The Stars here.