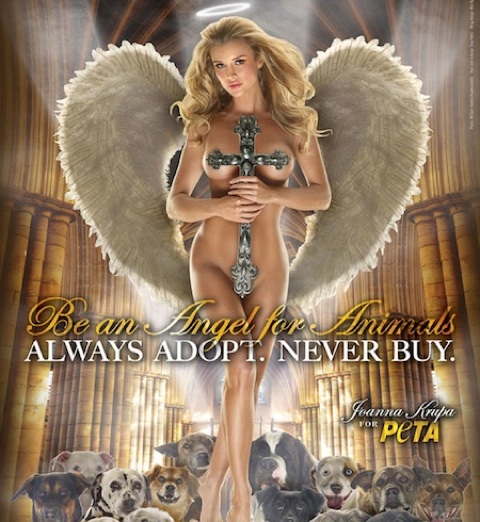 Krupa, who is hot and Catholic, supports PETA, which is dumb and stupid. So this campaign, to quote Troy from Community, is “wrinkling our brain.”