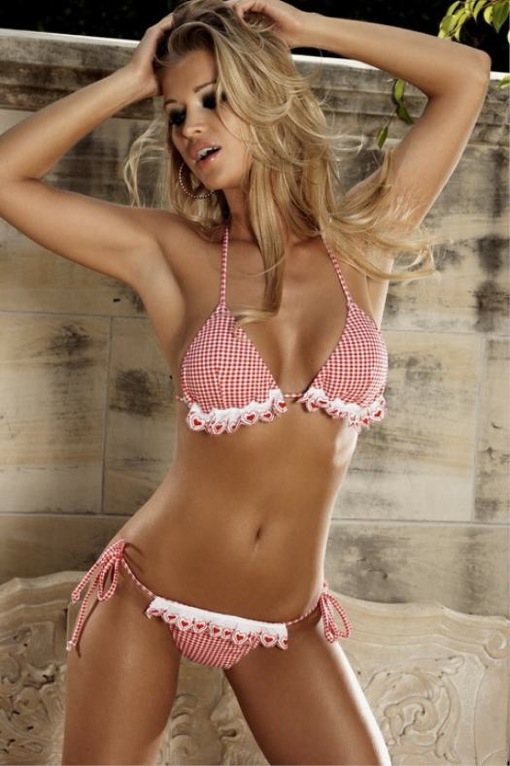 Hopefully Joanna Krupa will wear this during her appearance on PokerStars' Million Dollar Challenge.

We blame you, Middle U.S. America.

We blame you for not voting enough for Joanna Krupa on Dancing with the Stars, even though she was clearly one of the two best celebs on the show. We further blame you for letting that dork Donnie Osmond ham it up and win.

Then she was gone. Booted before her time.

However, we thank you, PokerStars, for bringing her on as a celeb contestant on your Million Dollar Challenge show.

We’ve learned that PokerStars will be announcing Krupa’s appearance sometime this week. This is a good thing for multiple reasons. The first Million Dollar Challenge episode logged 4M viewers, the most people to ever tune into a poker broadcast. While that’s not quite the 20M DWTS churns out, it’s not bad for at least a little spike in Joanna Krupa poker searches that we’ll inevitably get.

Also, of course, gives us another excuse to post pics of her and do another post on the Million Dollar Challenge. So there’s that too. Let’s just say that if Stars announced Mekhi Phifer was going to be a celeb guest, we’re not doing a post on it. See, that’s why Stars is killing it now. Smart people over there in Gibraltar making smart decisions. Hopefully this will lead them into sponsoring her for the 2010 WSOP Main Event. Hint hint. Nudge nudge.