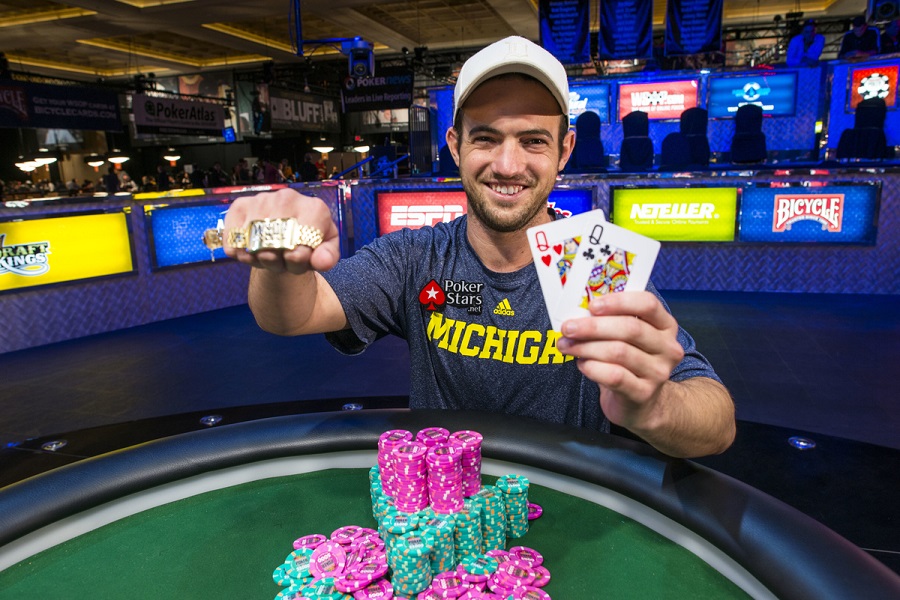 Leading up to the 2009 WSOP Main Event final table, all the run-good went Darvin Moon‘s way. He played well, but he caught every card along the way.

The Run-Good GodsTM shifted their allegiance away from Moon at the final table, and particularly during heads-up play, as Joe Cada hit (or his opponent’s missed) everything. Cada could’ve played with one hole card. He was on fire.

Thanks in part to the run-good, Cada became the youngest ever Main Event champ. Some tough years and struggles came after the win. Rumors abound. He only managed one single live tournament cash in 2010. 2011 wasn’t much better, as he earned less than $100,000 in live events.

On Monday, Cada broke through, defeating a stacked final table in Event #32 ($10,000 NLH Six-Handed). The win gave Cada his second WSOP bracelet and earned him $670,041. Cada defeated another November Niner and bracelet winner, Jeremy Ausmus ($414,104) heads-up for the title.

Other WSOP news, in brief…