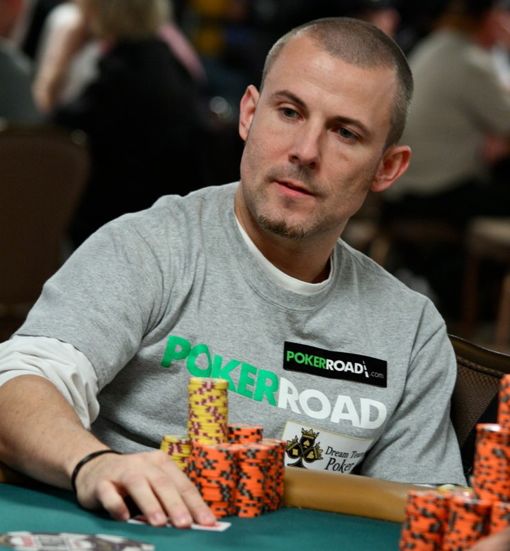 In what has to be the smartest move it’s made in a long time, UltimateBet has inked a multi-year sponsorship deal with poker pro Joe Sebok.

Sebok announced the signing on his blog. Go after the jump (click here) for a follow-up interview we did with him on the signing.

For many, the stench of the Russ Hamilton super-user scandal won’t leave UltimateBet for some time and for good reason. But in our view, signing Sebok is one of the best, if not the best, free-agent signing UB could’ve made.

Sebok is a Berkeley grad with an old dot-com and business pedigree, he has tons of respect among his peers and poker fans as president of PokerRoad.com and he has a massive following on Twitter (approaching 550,000 followers).  If he is really going to be involved in the business operations of the company, he can add a lot more value to the brand than if UB signing some random Euro flavor of the week online superstar or the fourth place finisher at the WSOP Main Event.

We still think there are a few ugly names and deceptions that will pop up from the super-user scandal. If Sebok can bring them to light, UB may be able to gain back at least some of the credibility it has lost in the community.

Go after the jump for a full Q&A we did with Seebs on his signing. Definitely worth the read.

WCP: Congrats on the signing. How difficult of a decision was this for you?
Seebs: There’s no question that it was the toughest decision I have ever made in poker by far. My word and integrity mean everything to me, as anyone in poker already knows, and I wouldn’t enter into this situation if I wasn’t comfortable with Ub’s leadership and I didn’t think that we could make the situation better.

WCP: Was there any point when UB first approached you that you were kind of like, “Fuck it. I should be sponsored already. Where do I sign? Here’s my wire info.”
Seebs: Haha, I always feel like I have more to prove so I never felt like that exactly. I was just really excited to have a position that so few pros would ever have, and that was to actually make a difference in the company that they represent. Paul Leggett and the Ub team have been very vocal to me in that type of hands on role they would like to see me take and I am ecstatic to have the opportunity. I intend to use every bit of it and prove to the poker community that with me involved Ub is already and will continue to be a changed company.

WCP: Part of the poker community will take this news as, “Good for you. Get your deal. Especially in The EconomyTM…” Then there’s the other part that is going to be pissed you signed with UB. What do you have to say to that half?
Seebs: I would simply say that I understand and to ask for some time, both for myself as well as Ub. We will do everything to win you over and bring you back. If you still don’t want to play on the site, I definitely understand. It was no small thing that went down and I can understand why someone wouldn’t be able to come back. Rest assured we’ll be doing our best to win everyone back however, those who come quickly, those who come slowly, and those who may never come at all.

WCP: So you went to Costa Rica and checked out UB’s opps. What surprised you most?
Seebs: Just how willing Paul and the team was to listen to thoughts and open up every part of the business. They handled criticism about the past and had a complete openness to being picked apart because of it. I can’t say enough about the team, as they were the ones who deserve the credit moving forward, not me. I just hope to be a conduit and contribute as much as I can.

WCP: Are you surprised there hasn’t been a bigger rush on the forums to identify the screen names UB released two weeks ago?
Seebs: Honestly I am. I thought there would be for sure and I’m not sure exactly what that speaks to. Rest assured though that I will be working with Ub to do everything at all possible to continue to get as much information out to the community as we can, hopefully also enabling the community to become empowered and do more of their own research as well.

WCP: What does this signing mean for Poker Road? Anything? Business as usual?
Seebs: PokerRoad is still the same old site that it has been. We won’t be doing anything differently and will still be bringing the same coverage from ALL sites and ALL sponsored players as before. Ub has signed a deal with me, but not one with PokerRoad.

WCP: Have you heard from Hellmuth since you’ve done the deal? What did he have to say?
Seebs: Haha, nope, no word from Hellmuth. I assume the Dom is in the mail though.

WCP: So what’s your plan with UB from here on out? How involved will you be with them?
Seebs: I plan to be extremely involved with the direction of the company moving forward. The nice thing is that they are already headed in such a positive direction. I didn’t tell them anything when we met that they didn’t already know and weren’t already doing. Sure a suggestion here and there, but the foundation is already there for rebuilding the site, and it’s reputation, from the ground up. I think we are going to do some incredible things and I urge people to check out my blog on PokerRoad.com to get a feel for what the future might hold.