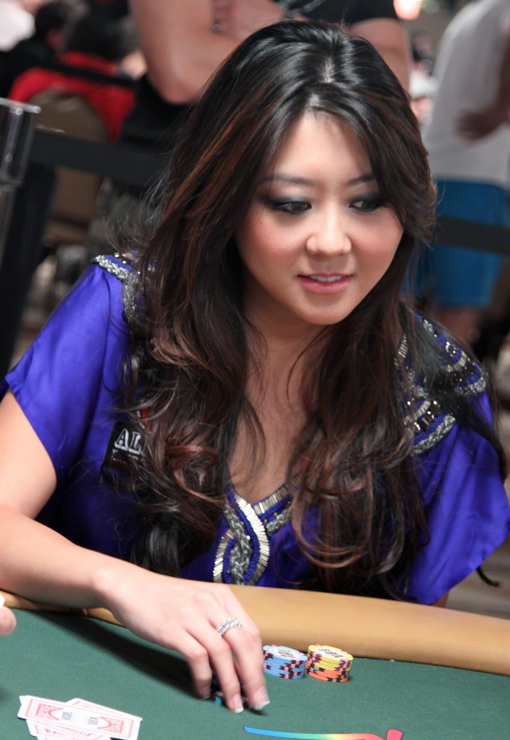 Maria Ho (above) and Paola Martin almost made it a Double Rainbow final table at the WPT Bellagio Cup.

The WPT Bellagio Cup VI is down to its TV final table with Australian John Caridad way out in front with 5,120,000 in chips. He’s followed by Season 5 EPT Deauville winner Moritz Kranich of Germany with 2,715,000.

Justin “BoostedJ” Smith, who freakishly tore his ACL during last year’s Bellagio Open final table while celebrating a hand, is impressively back among the final six, stacked the third most with 2,100,000.

And despite going out early at the 2010 WSOP Main Event, causing poker fans everywhere to wonder “Is he not that good anymore?,” Phil Ivey has made his record-setting ninth WPT final table. He’ll start today with 1,595,000.

Not making the final table but coming oh so close to making it the hottest final table in poker history was 2008 WSOP Last Woman StandingTM Maria Ho, a woman, and hot-with-an-accent Paola Martin, a woman. The two finished 10th and 11th respectively. Double Rainbow.

Finally, creepy Rick Salomon got an 11-hour massage yesterday, and in related news, went out in 9th.

Get full final table chip counts and follow the final table today here. Twitpics from yesterday when they were down to 2 tables here and here.