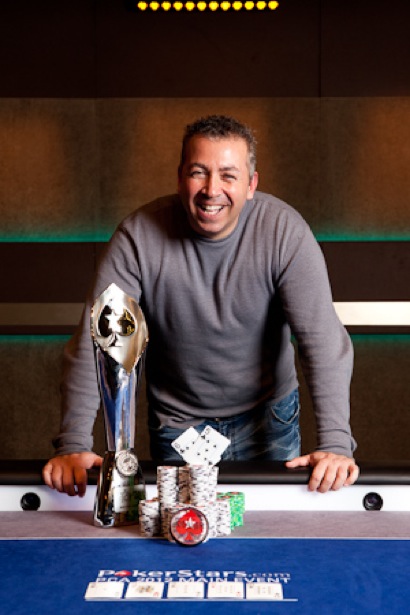 Score one for the old guys.

The victory is Dibella’s first major tournament score. He had just over $42,000 in previous career earnings.

In semi-related news, the $25,000 PCA High Roller is down to its final table. Jason Koon is the chip leader. In second overall and making his fourth PCA final table (and second High Roller) is Jonathan Duhamel. It’s nice to see some run-good after suffering through the ex-girlfriend-led-robbery.