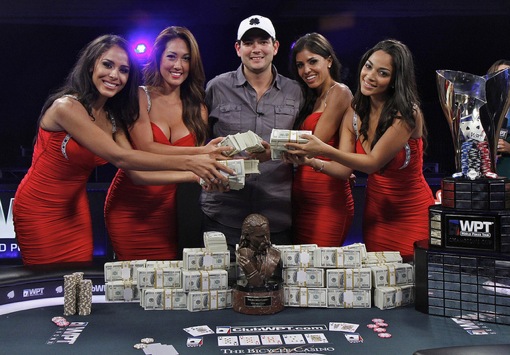 Is that a Wild Bill Hickok trophy?

Hale recovered, got even with Steinberg, and grinded out the win.

Before the WPT Legends of Poker, Hale had just over $35,000 in career live tournament earnings. For the win, Hale banks $500,000, or math math math a seventy-billion percent increase on what he had earned previously. Steinberg earned $293,490 for second.

Unlike after Tony Gregg’s WPT victory, Hale received no congratulatory tweets from Michael Phelps. Spread the love around some, swim boy.