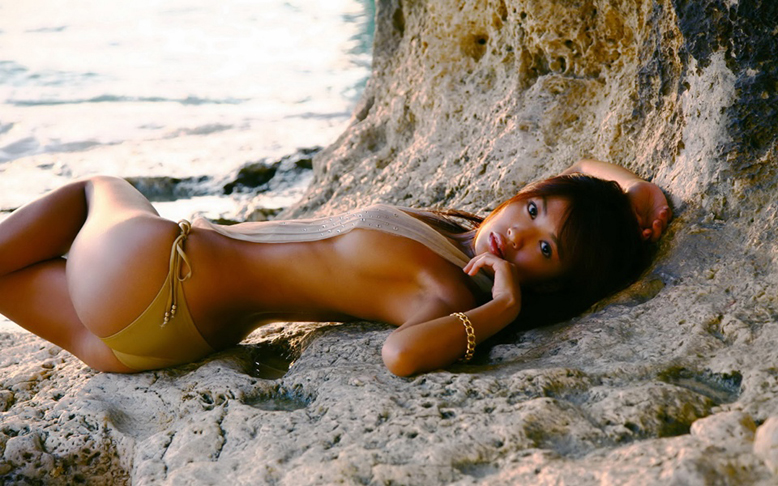 Kana Tsugihara has 34Fs hiding somewhere in the photo above.

We’ll get this out of the way: there is some depressing poker news below. We don’t do depressing well. In order to cope with depressing, we typically rely on 1) narcotics, 2) bj’s from wives (communal sharing allowed), or 3) hot Asian girls with big boobs. Sometimes we mix and mingle those three things together too, like combine 1 & 3 or 2 & 3 or 1, 2 & 3 if it’s something really depressing. Like today’s news. And on that note, we’ll be tied up for the next few hours so see ya later.

:: Andreas Oscarsson, founder of PokerListings, was murdered in his childhood home in Sweden. [link]

:: Online poker pro Dusty “Leatherass” Schmidt has given up his fight against the USGA after the golf org revoked his amateur status following a $1 million golf/poker challenge posted on the site he co-owns with Casey Martin. [link]

:: The Asian Poker Tour writes a letter to poker player/swimmer Michael Phelps inviting him to play its Macau event. Or maybe it was a five-year-old who wrote it? Hard to tell. [link]

:: Old news already but the World Poker Tour is selling all of its assets to Gamynia for $9.075 million.[link]

Click away at thumbnails for photos of Japanese model Kana Tsugihara. Lots more photos and a video of Kana here.