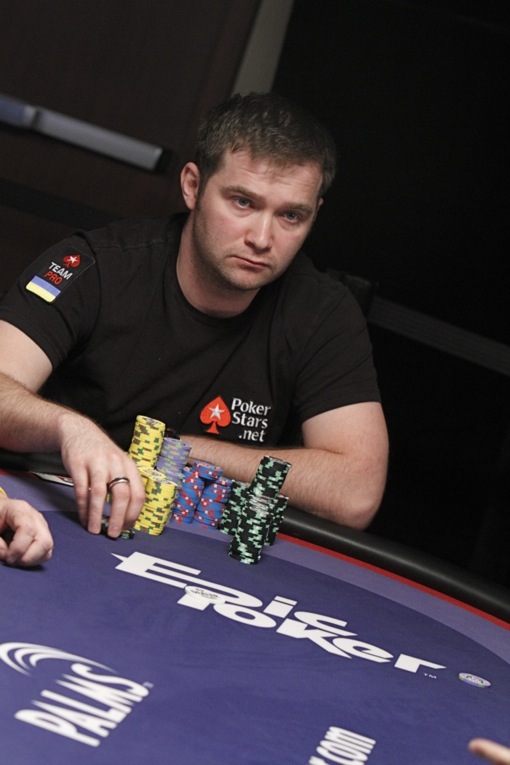 Eugene Katchalov found himself in a familiar position after Day 1 of the first Epic Poker League Main Event: atop the leaderboard.

Three guys who crushed this year’s World Series of Poker apparently carried their run good with them to the first ever Epic Poker League Main Event.

The event ended up booking 137 total players, with 129 (slightly more than half) of the eligible pros on the roster participating (eight of the seats in the event were non-card-carrying winners from the weekend satellite). A total of 63 survived to Day 2.

The breakdown of entrants went about as expected. The younger Internet pros who haven’t had the type of exposure the old-school guys have had almost all played. The old-school pros that the mainstream poker audience mostly recognizes didn’t play either due to a number of different reasons (prior commitments, wait-and-see approach, Annie Duke led league, etc.).

Look for a more detailed analysis of this week’s Epic’s events some time later this week.