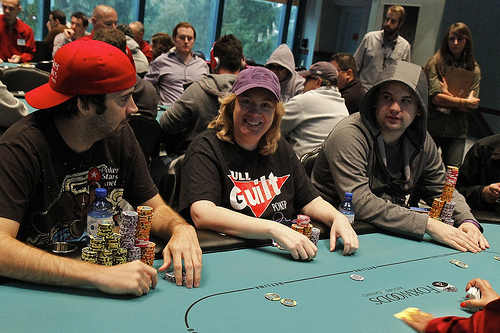 She gave it a good run, but Kathy Liebert did not win the WPT World Poker Finals.

Going into the World Poker Finals, we just had a feeling that this would be the one where a woman broke through and claimed a World Poker Tour title.

Kathy Liebert, a woman, the only woman remaining in the Day 3 field, busted on the money bubble.

Still, it’s a solid field among the 27 remaining. Leading the way going into Day 4 is reigning WPT POY Andy Frankenberger with 658,500. He’s followed by Jack Schanbacher with 483,500. Christian Harder is third overall with 378,500.