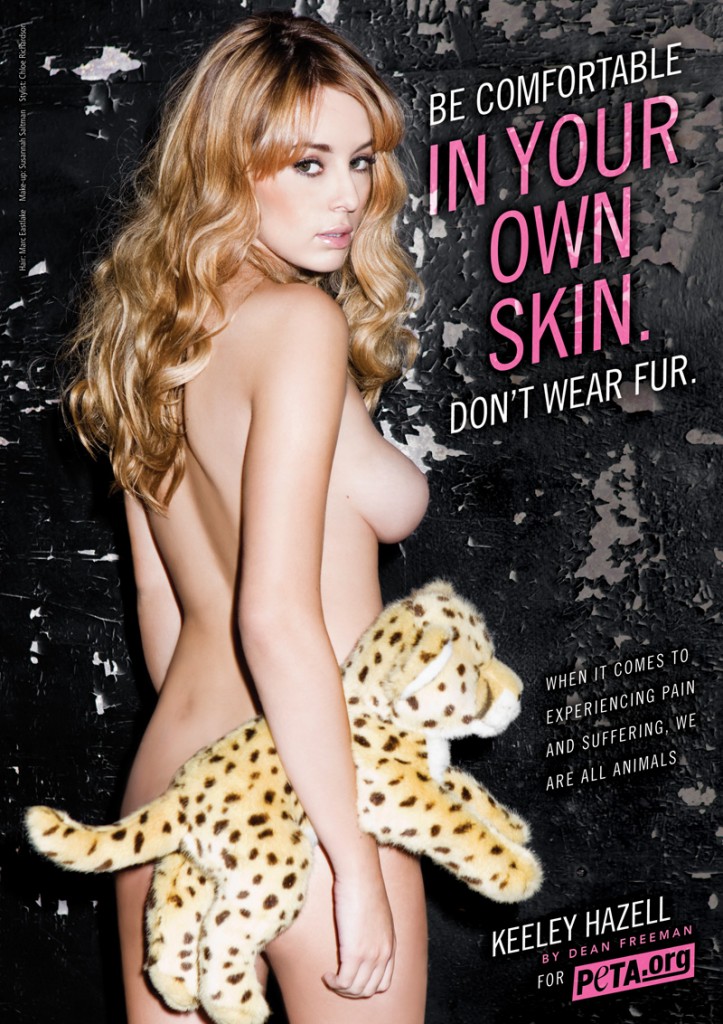 No animals were harmed in the writing of this post, except perhaps a one-eyed snake named "Harry the Penis" and he wasn't so much harmed as he was handled.

So it was nice today to see photos of our official Wicked Chops Poker girl naked for the latest PETA campaign. As meat-eating bearskin rug owners who like to chase cats in our cars, we’re not really buying PETA’s message, but damn it if we don’t love their tactics of using hot naked chicks to get their point across. First it was Joanna Krupa. Now Keeley Hazell. They should just change PETA so it stands for Perpetuating Exposure of Tits and Ass and we’ll be its biggest supporters.

For a top-dropped, frontal NSFW version of the Keeley Hazell ad, click here.