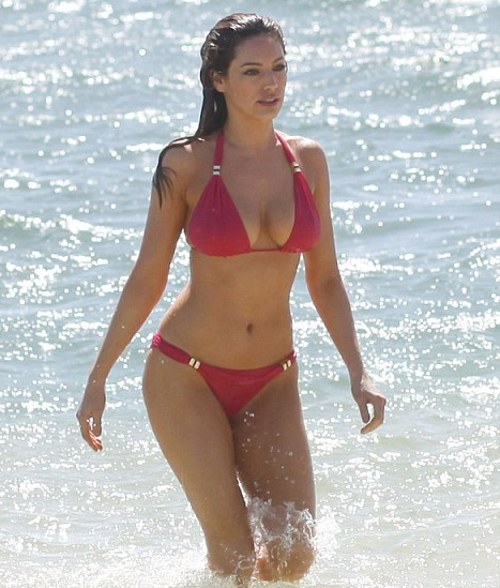 Kelly Brook in a bikini has nothing to do with the EPT Monte Carlo, thus making this photo purely gratuitous. Imagine that.

Day 3 at the EPT Monte Carlo is “in the booksTM” and leading the way is US American Kevin “1$ickDisea$E” Eyster. The 20-year-old online player was the first over the two mil mark today and ended up bagging 2,768,000 in chips by day’s end. Stacked second is fellow Anglo Matt Perins of UK (2.5 mil) and rounding out the top three is the pretentious sounding Jean Francois Talbot of Canada (2.43 mil).

If you read the headline above or have followed poker over the past 7 years, you’re probably not surprised to learn that Chris Moneymaker was eliminated after being among the leaders yesterday. Also out is Melanie “Callisto 5″ Weisner, a woman, so we guess this ain’t the Year of the WomanTM after all.

Notables still in include Nick Shulman (578,000) and…that looks like about it unless you count Dominykas Karmazinas. We hear he’s HUGE in Lithuania.

Finally, leading the way for players we wouldn’t want to be on a plane with based on name alone are Mesbah Geurf (758,00) and Ramzi Jelassi (590k).

More of Kelly Brook in a bikini here.