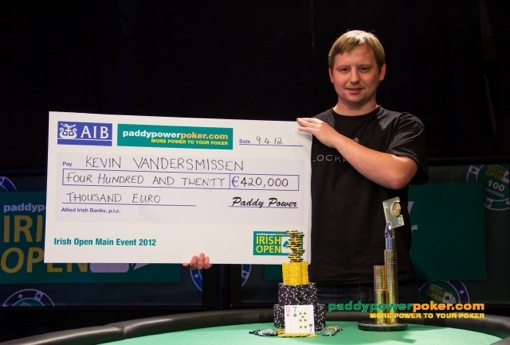 Drinks at the Bellini Bar are on Kevin Vandersmissen tonight.

An impressive–dare we say star-studden?– field of 502 turned up for the 2012 Irish Open.

In the end, Kevin Vandersmissen took the title, banking €420000. He defeated Thomas Beer ( €225,000) heads-up, who would probably have been the most name-appropriate winner in the field, unless someone named Guinness McBlarney had entered and we missed it.

Get a full run-down of finishers here. Get a full recap of the final table here.