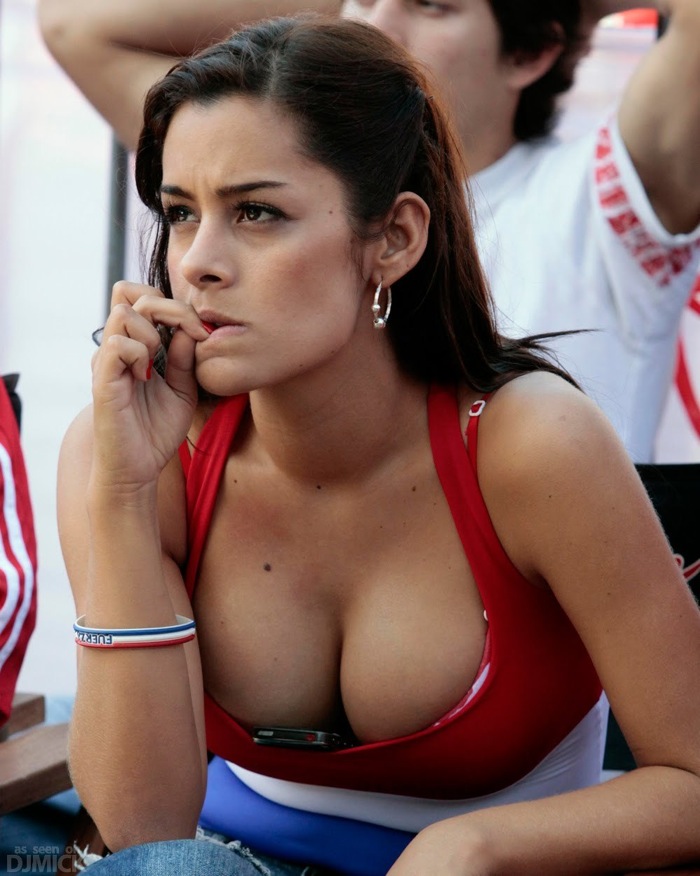 We had that same look of concern when Paraguay lost...

Nothing about poker here but we’d thought we’d keep you a-breast of the best breasts in soccer since Keeley Hazell dropped the top for England ahead of the 2006 World Cup.

“It will be a present to all of the players, and for all the people in Paraguay to enjoy, because they tried as hard as possible and gave it their all on the field.”

Huge boobs and patriotic, is there really anything better than that?