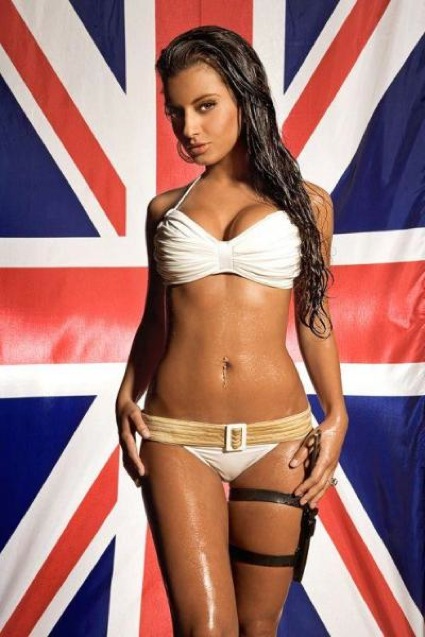 There's something about hot girls standing in front of their native flags that's really hot.

:: One of isildur1’s nemesiseses, Brian Townsend, just gave a big chunk of his isildur1 winnings back. [link]

:: In other semi-related isildur1 nemesiseses news, it’s almost been a year since the “durrrr challenge” has begun, and the aforementioned durrrr now has over a $1M lead over Patrik Antonius. [link]

:: It’s about time for the Academy Awards for Guys. [link]

:: Barack Obama needs to lay the fuck off of Vegas already. [link]

:: And finally, has anyone associated with poker moved into the mainstream better than Layla Kayleigh? [link]