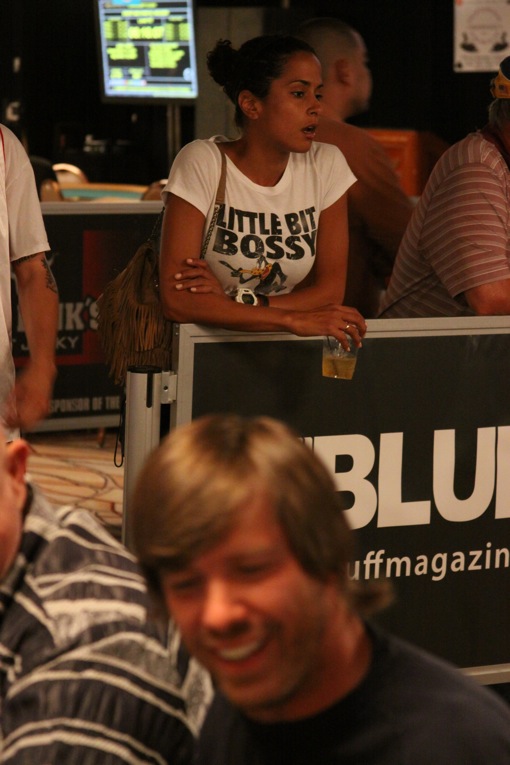 It's like baby, baby, baby oooohhh Layne Flack has our haircut.

We always knew our Bieber Cut was going to be both mocked and mimicked, eventually sweeping the poker world as the do-of-choice by anyone that still had hair to pull it off, but we would’ve put Layne Flack way down on the list of potential copycats.

In related news, the girl in the back of this photo is a bit bossy. And has big tits.