Home   Look Who’s Back in the News 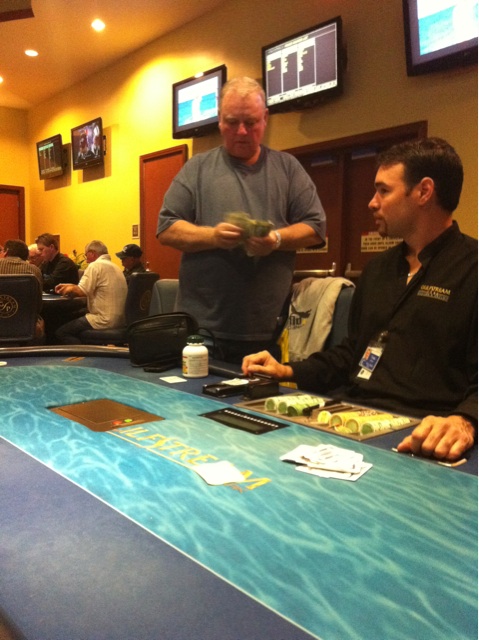 There’s been an unusual amount of Russ Hamilton chatter this week.

Apparently, the accused super-user-who-is-rarely-seen-in-public has been spotted in Florida casinos playing PLO and NLH (the above pic was snapped by Jonathan Aguiar at a 5-10-20 NL game and posted on his Twitter account).

At these Florida casino games, Hamilton apparently has been accosted about his cheating. In one alleged altercation, Hamilton snapped after being told the game isn’t so easy if you can’t see your opponent’s hole cards (read here).

In another case, some speculation was passed along that Hamilton is being investigated by the FBI and IRS (read here). About time if true.

Been a busy week for the Entities, but expect our commentaries on the PCA live broadcast on ESPN2 and the new Jeffrey Pollack poker league sometime soon.