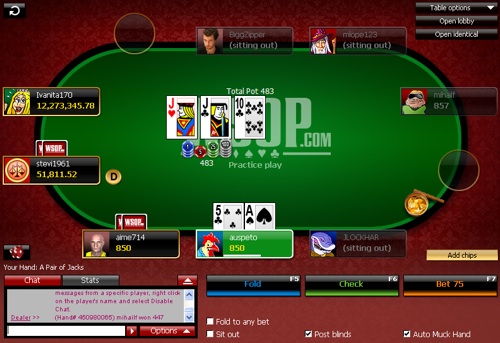 Editor’s Note: The following is the first in a series of guest columns co-contributed by industry media members and the Entities.

Yesterday, the poker world was abuzz with news that the WSOP.com was really going to finally really seriously without a doubt launch for real money online poker.

They announced the big news via a conference where everybody who works for Caesars Interactive Entertainment (CIE) was on the call, including the janitor and the guy who used to do Jeffrey Pollack‘s makeup.

The so-called poker “media” was out in full force, as were a few members of the mainstream media from Nevada, including the Las Vegas Review Journal’s Howard Stutz, among others.

Stutz’s coverage of the conference call appeared on LVRJ.com on Monday night and ran in Tuesday’s print edition for the over 80 crowd. The column includes a total of five quotes from CIE executives.

All of which were more or less made up by Stutz.

Now, we’ve liked Stutz’s work for years. And he seems like a nice guy. But wtf.

Here’s the first quote which – at least in the online edition – included a typo. LVRJ:

“Out goal is for this website to be the definitive gathering place for those who love the game,” World Series of Poker Executive Ty Stewart said.

Now…here’s the actual quote as transcribed from the audio of the conference call available on Pokerati.com. Actual:

“For the past 45 years, for all the hype and all the growth, the WSOP has remained a very simple idea; to be the definitive gathering place for those that love the game. So to be able to do that daily, hourly even, versus just annually it’s profound, a natural progression of what we’re all about.”

So Stewart kinda sorta maybe said what Stutz quoted him as saying, but he actually didn’t say it.

That’s called shoddy journalism. Did it end there? Not…even…close…BUB.

“We expect to be competitive because we know what players want,” Caesars Interactive CEO Mitch Garber said during a media conference call Monday. “We’ve been talking with players and we listened to what they said that they want to see in the online game.”

Now this one is worse. Garber never actually said anything close to what the LVRJ says he did. Actual:

“We’re not out to talk about our competitors, but we’ve certainly watched the offering. We expect to be at least as competitive and we understand what players want. We’ve been listening to players. When we went about signing up players at the WSOP at the Rio, and as Geoff Stewart mentioned we signed up 12,000 players, that’s 12,000 people that told us what they were waiting for, what they were expecting, what they didn’t like, what they did like.”

Stutz actually got involved in the conference call at one point and asked two questions (who does he think he is, GARY WISE??? HUH? HUH?), including the one that lead to this answer…

LVRJ: (The licensing) took a little longer than we though it would, but the reality is that we will be here for decades,” Garber said. “In the long run, no one is going to remember we didn’t launch during tournament.”

During tournament? That’s not even a sentence!

Here’s the actual quote, which is pretty important because Garber actually let it slip that they had hoped to launch three weeks into the WSOP, something not previously reported but that we knew and sat on (call us shoddy too, whatever) over the summer.

“It took a little longer than we expected, like I said, the process wasvery thorough and it was a good process. It’s a process that I think we’ll get used to on a state-by-state basis. It’s definitely advantageous to be up and running for a month and a half or a month before the November Nine, no doubt about it. At the same time, and I know this is going to sound a little bit cliche, but this business is likely to be online for decades to come. I don’t know that anyone will remember that we missed four weeks of the World Series of
Poker in 2013.”

Now, Stutz finally did a quote right, word for word. But it’s not hard to get this one right.

LVRJ: “We will bridge land-based and online gaming in ways that have never been seen before,” Garber said.
Actual: He got this one right because it is taken straight from the press release. CTRL-C. CTRL-V!

LVRJ: “We fought hard for and still hope for federal framework,” Garber said. “But we believe this is the beginning of a large online gaming business in America.”

This one Stutz just decided “fuck it, gonna make this into two sentences, even though it’s actually two paragraphs.” Who does he think he is…us?

“I think it’s very well known that our company has been a strong proponent and lobbyist for a federal framework and a federal poker bill. That outcome has certainly become less likely over time and we have embraced the state-by-state approach that sees us today launching real money in Nevada and hopefully if we’re licensed and if timelines permit to be launching in New Jersey by the end of 2013. So I don’t think that the two positions are incompatible. We spent several years trying to push a federal bill, unsuccessfully.

States like Nevada and New Jersey have taken advantage of the fact that that federal bill didn’t come and we applied for licenses and we’re thrilled to be operating in those states, so again, I don’t want to mince words. I think it’s not incompatible to have hoped for and still in some ways hope for a federal framework but to embrace the state-by-state framework which is a real business for us.

And as I said at the top of my comments. This is a domino. How the rest of the dominos will fall I don’t know, but they will fall. They fell in the land-based world and they will fall in the online world. So this is the beginning of a very large online gaming business in America.”

The actual quote is pretty important here as it really puts what Garber is trying to say in context. It’s also nine times as long.

We’re certainly not ones to nitpick. Bigpick, yes. Nitpick, no.

But as our industry has struggled the gain credibility for years, we need the mainstream press covering us to be held to a higher level of accountability if we’re ever going to get there.