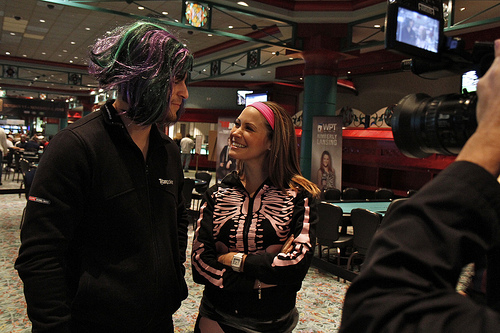 It’ll be a short day (probably) at the WPT Foxwoods World Poker Open. Only 12 remain, and they’ll play down to the TV final table (which if math math math serves us correct, that means they need to lose six people).

Thomas Marchese goes into play as chip leader, stacked at 1,832,000. Of note, if Marchese were to pull out a victory, this would only be his first leg of poker’s elusive Triple CrownTM, as he won a NAPT event which apparently isn’t as good as winning an EPT event for whatever reason.

Other notables remaining include and are certainly limited to Hoyt Corkins (335,000) and a-still-persuing-his-triple-crown Jason Mercier (322,000).