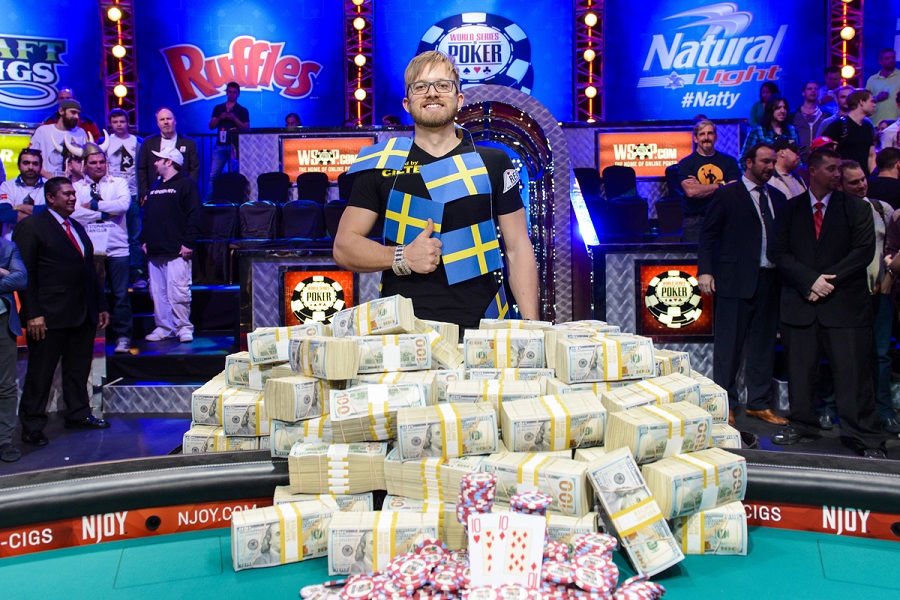 Not a Swedish Fish

On Day 1A of the 2014 WSOP Main Event, we joked that Martin Jacobson needed to slow his roll because you can’t win a poker tournament on the first day.

And then look at that.

Martin Jacobson won the 2014 WSOP Main Event, banking $10M. He defeated Felix Stephensen heads-up for the title. The heads-up battle between Stephensen and Jacobson pitted two guys who outplayed the table and deserved to be there. In the end, Jacobson played what many observers noted may be the best final table performance ever, going from 8th in chips to win the championship.

Jacobson may not lead any future boom–but he makes a great case for any poker is a game of skill argument. He earned this championship from Day 1.