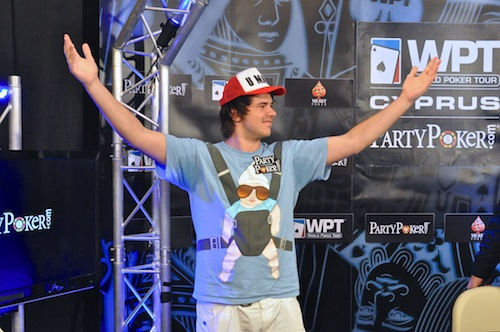 Marvin Rettenmaier is a one man wolfpack.

Yep, 2012 is the year of Marvin Rettenmaier.

The German pro made history yesterday, as he became the first player to ever capture back-to-back WPT titles.

Rettenmaier seized control of the final table early and never looked back. He now has 10 major live event cashes in 2012 and around $1.8M in earnings for the year.

Get full final table results and recaps from wpt.com here.