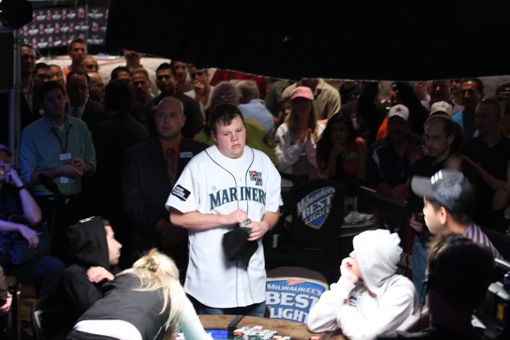 Matt Affleck's elimination was brutal to watch but he's on the mend...

If you’re following the 2010 WSOP Main Event on Twitter, you saw a flurry of “that sucked to watch” after Matt Affleck‘s elimination.

After some alone time in his room, Affleck did what any other respectable recent college grad and fraternity guy would do: a shot, then a few beers.

He’s feeling much better, and we caught up with his thoughts on the elimination and plans for the future.